Jacob's local contact, Rudek, lays out the job: Royal Canadian Air Force Brigadier-General Malcolm Lennart, is completing a tour at the NATO camp in Sarajevo, Bosnia. He has a laptop with some rather incriminating files on it. Client wants that data gone.

Lennart's sheet is clean as new-fallen snow. One long-time girlfriend in Alberta, no known liaisons. No graft, no investigations, no rumours of bad behavior.

The crew uses a different contact, Bosnian military man named Aslan, for safe house and gear. Rudek offers to help with lodgings but Jacob has had bad experiences with sponsored guest rooms.

They set up. They cruise around. They watch Lennart.

The man takes the laptop everywhere. He takes it to the base and back to his house in the Sarajevo suburbs at night. One aide, one driver at work. One cleaning lady visits his house each day. Security is loosest at the house. Jacob takes care of it: the house alarm will only alert the police if he allows it.

Misha and Sami run a two-man intercept of the cleaning lady on her way home from Lennart's house. Sami as angry Russian tourist on a bicycle, Misha as helpful bystander who manages to get a quick impression of the house key.

Break-in, searching the Brigadier's house, planting cameras, all in an hour's work. Sami finds an assortment of strange pills in an EMARTECH-brand drug bottle not matching the label.

The crew runs surveillance on Lennart with the cameras. He calls his woman up, long-distance. Goes over his files in his laptop. Calls his travel agent to arrange some time with the woman in Halifax, Canada, when he flies back home at week's end.

Misha decides to play the role of Canadian Tourist and chat up the Brigadier in a cafe the next night. There's nice conversation, good beer, Rohypnol in Lennart's glass. Lennart's driver sends the sleeping Brigadier home, but Sami is already lurking inside the house like some kind of Finnish Ninja. Once it's just Lennart left in the house sleeping off the drug, Sami gets hold of the laptop. The crew clones the hard drive and leaves a worm to mangle Lennart's laptop, timed to go off right as he's flying home. 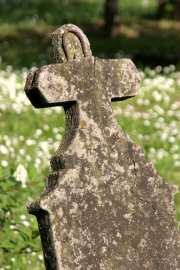 The job is done, except for the payoff. The anonymous client chooses to have them meet a Serbian mafia scumbag named Dedopovic to hand over the files and get their pay. But Jacob doesn't like what he digs up. Dedopovic isn't just a war criminal and a crime boss, he was also seen checking into an English private hospital a few months back. Getting thinner and sicker-looking during the past year. Kind of man who might get desperate.

Jacob takes notes, starts trying to break into Inish Medical Centre with a remote hack. All he succeeds in doing is alerting the hospital of an attempt to break in from some overseas IP. If they manage to trace the hack far back enough, they'll find it coming from some Croatian video game developer called Croteam.

Sami and Misha scout the rendezvous point a day ahead, a cemetery at the border between Bosnia and Serbia. Remote, quiet, dead except for packs of wild dogs. Misha makes friends with a large hound called Sergeant Zlatko. Nobody else there.

Too suspicious. The site is a kill box waiting to happen. They check the hotel that Rudek had asked them to stay at. Dedopovic's men are watching it. They call Dedopovic and suggest an alternative payment method via dead-drop at a locker in Sarajevo Airport. But Dedopovic puts a man to watch the locker, so it's no go.

Time to pull out, cut losses.

Bags packed, weapons tossed, the crew gets to the airport departure gate short of half their payoff. Dedopovic tries a last-ditch approach and calls in a bomb hoax. That delays things, and at one point a bomb team shows up with Sergeant Zlatko in tow. Misha tries a trick with a spilled can of tomato juice to throw off the scent.

Getaway made, strangely easy too. It isn't until the crew makes it to Heathrow and settle in to safe lodgings for a few days that they relax a bit.

Meanwhile, Dedopovic ends up in the obituary column in a Sarajevo newspaper. Throat ripped out by dog. 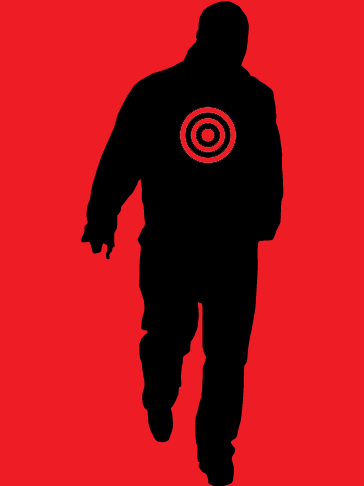 This was the introductory scenario from the Night's Black Agents rulebook, (S)Entries. We started out with a crew of three players, but I anticipated four players, so I started them out with fewer Investigative Ability Points . In this game, the more players are in a group, the fewer Investigative Ability points each player gets (24 for 3 players, 22 for 4 players, 20 for 5 players), but we eventually discarded that rule and gave everyone 24 points.

The game has multiple rules modes, so that you can tailor a campaign towards gritty, low-powered action (Dust Mode), soul-searing psychological damage (Burn Mode) and so forth. I chose to run a game using Stakes Mode, in which everyone has a higher cause they fight for (a Drive) and Sources of Stability that they love and care for.

So I planned out my Conspyramid, taking into account the fact that Ivan wanted to play a Finn and Doug wanted to play a British agent. I decided that  the campaign would range across Europe, but mainly in the Baltic region. Russia, Scandinavia, etc. The group would have some history doing freelance work for UK clients, and would be a visit to London at some point.

As you can see from the Conspiracy page (which will grow more complete as more Conspiracy Nodes are uncovered), I'm anchoring starting points of the game to create an initial triangle of activity between the British Isles, the Baltic and the Balkans.

How did my players do? They played it very carefully, with plenty of pre-lift surveillance. They drugged Lennart and executed a stealthy break-in to copy the files off the laptop and infect it with a worm. They also refused to walk into the ambush set by Dedopovic, and didn't even try to go after the Serbian gangsters to find out who was behind the ambush attempt. They really, really did not want to get pulled into unnecessary danger.

Some of my players had played another game in the GUMSHOE series, Trail of Cthulhu, so they were familiar with the resource management system that lets you choose where you want to allocate your "good rolls." The MOS rule, which gives each Agent one automatically successful roll per session in their chosen area of specialisation, was invoked when Sami made like a Finnish Ninja and infiltrated Lennart's house.

I decided not to use the Agents' Drives to railroad them towards the Serbian connection at this point. The bad guys decided not to try a highly public abduction in the middle of a crowded airport terminal. But that was all right. I figured that there would be other opportunities for adventure back in the crew's home city, London.

Fortunately, the Lennart Dossier that they stole off the laptop provided plenty of clues that would point them against the conspiracy later on - including a connection with Jacob's dark past.